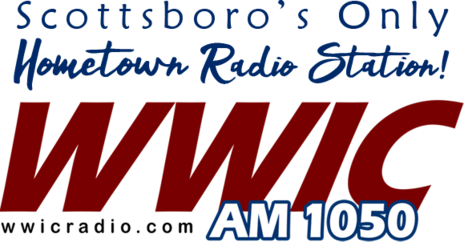 What is the WWIC Scramble?  It is a chance for you and other listeners to win CASH by searching for the letters making up the WWIC call letters.  Four letters,  W-W-I-C, unique in their own look will be hidden in separate locations around Scottsboro and Jackson County.  Four letters, four hiding spots.

Listeners will be aided in their search for each letter with clues aired on WWIC 1050 Radio.  Hunters are not required to find all letters to receive a cash prize.  Each letter is worth $250 to the person finding it.  When a listener believes they have found one of the letters, they are to take a picture of the letter and the locations in which they found it and text to Greg Bell's cell phone, 256-599-2433.  If it is the correct letter and hiding place, they will receive $250 upon returning it to the WWIC Radio studio.  A total of $1,000 will be available for hunters of the Scramble.

This is a RADIO ONLY promotion with no clues posted on social media.  The only place to get the clues will be on WWIC 1050 Radio and later each evening within the WWIC Radio online audio platforms.